Q:If I am not registered, is there an opportunity to visit festival?

A: We are sorry, but without registration it won't work. This year registration is connected with anti-COVID-19 actions. On every event there will be not more than 60 visitors, who will pass according the lists and document check. If the registration is unavailable, this means that affordable quantity of people has already registered.

Q: I am under 18 but I want to go on the festival! Can I go there with my parents/older relatives?

Our apologizes, but we must comply with the law, that is why entrance is allowed only for people over 18 regardless of documents confirming relationship.

Q: How can I get to the offline event?

A: There are three stages:
1. Register for the event you are interested in
2. Do not forget to bring a passport or another identity document (because of 18+ age limit, we reserve the right to ask you to leave the event without giving reasons)
3. Come on time

Q: Should I pay for something?

Q: Will there be online-broadcasts and their recordings? Should I register to watch them?

A: There are definitely will be recordings! There is no need to register, just subscribe on our social groups and put on notifications about recordings:

Where is the festival take place?

Still have questions? Then comment under this post or contact us via This email address is being protected from spambots. You need JavaScript enabled to view it.. We will surely answer!

Do you like make-up and dream about a line of professional cosmetics in your collection? We are announcing a fantastic contest!

Very often make-up is perceived as a "remedy" of as a "way to hide imperfections". Together with M·A·C, we want to break this stereotype and tell the world: "Don't disguise, be yourself!"

- From 6th to 8th of October make a post on your Instagram containing two photos: one photo that shows you without make-up and the another shows you in your favorite image.

- Write about why make-up is not a camouflage but a mean of self-expression for you.

- Tag M.A.C and Queerfest in photos and put this hashtag #MACxQUEERFEST2020

The results will be sum up at the last day of the festival - the 18th of October. With the brand together, we will choose two winners, who will be rewarded with a gift certificate of 5000 RUR for the purchases at MAC Cosmetics! 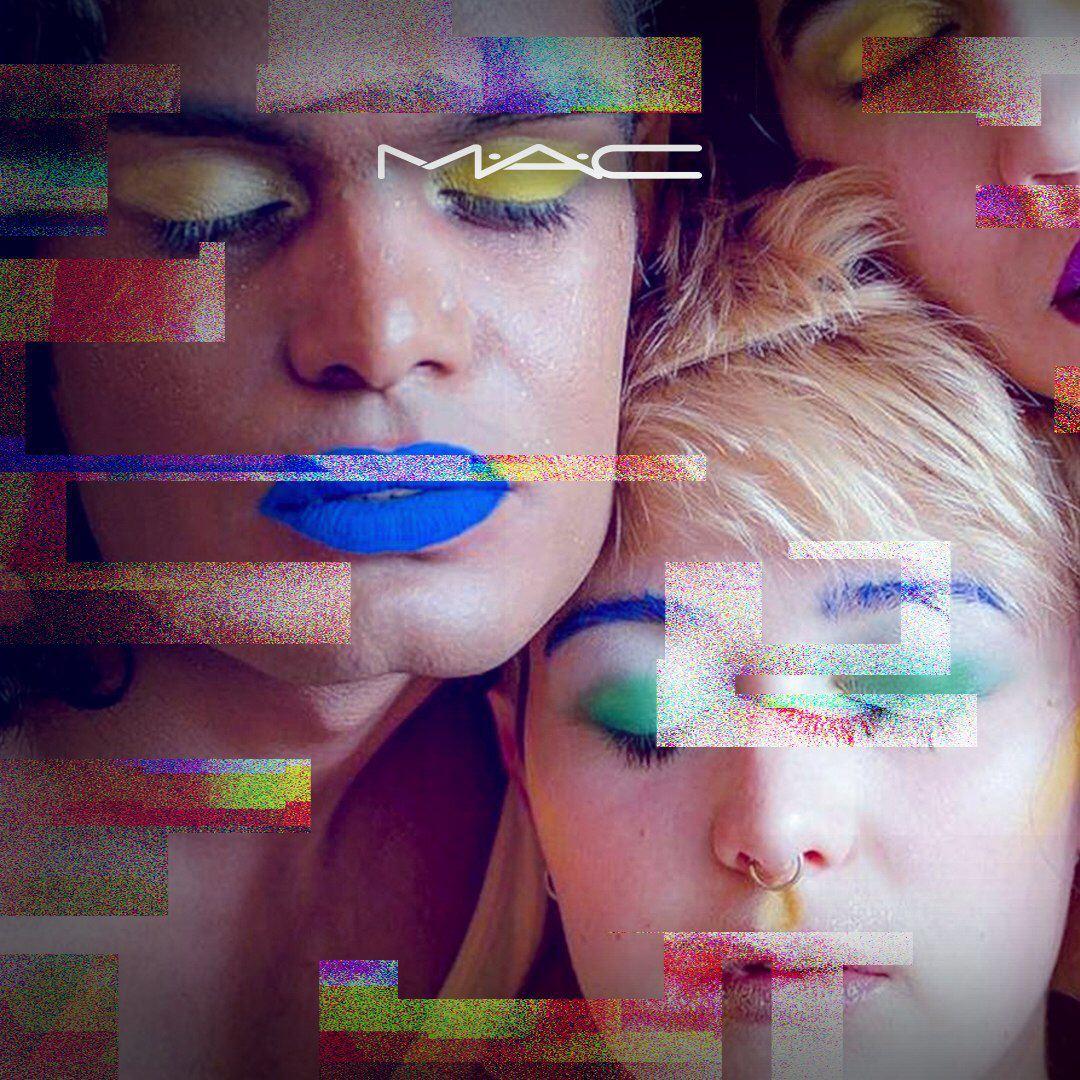 In contrast to the first 7 years of its existence, for the last 4 years QUEERFEST meets with no impediments from the authorities. Festival organizers informed the police about the festival to ensure security is provided, receiving a response that the police “rendered assistance in ensuring security of citizens and public order during the event.”

The topic of the festival, "There Are Other Ways", allowed QUEERFEST team and guests to explore together how to abandon stereotypes and expand our vision beyond what society and education conditioned us to see. We explored the drag queen phenomenon with Damien Frost and his “Night Flowers” exhibition (UK), unraveled gender stereotypes in photography with Tomas Gunnarsson and his exhibition “Images That Change The World” (Sweden). The lecture “Everything Was Great Until the Feminists Came” by journalist and feminist Zalina Marshenkulova gathered 260 people, blogger Dima Mishka spoke about the promotion of LGBT content in the Russian segment of Youtube, Eugene Monastyrskaya spoke about the phenomenon of asexuality, and writer Svetlana Lukyanova - about the underground queer comics in the USA of the 60-70s. 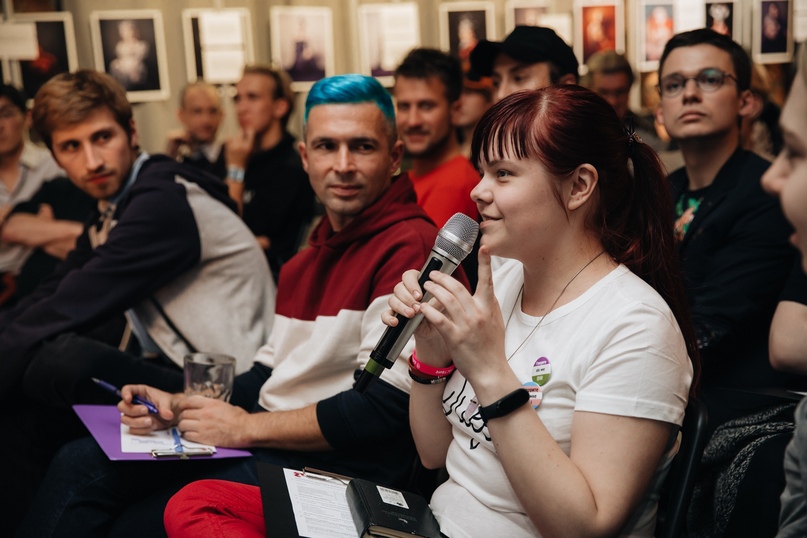 This year for the first time the festival was sponsored by Russian and international businesses. AviaSales supported travel and accommodation for two winners of an online contest, “24.7 Apart” and Solaren Hotels provided lodging for several guests, LUSH Russia - gifts for the festival’s speakers, Sloth Ethic Food donated reception appetizers, and M.A.C. Cosmetics organized a workshop for transgender people.

The festival came to a close with the concert by Digital 21 and Stefan Olsdal (“Placebo” bass guitarist), enjoyed by 300 people. 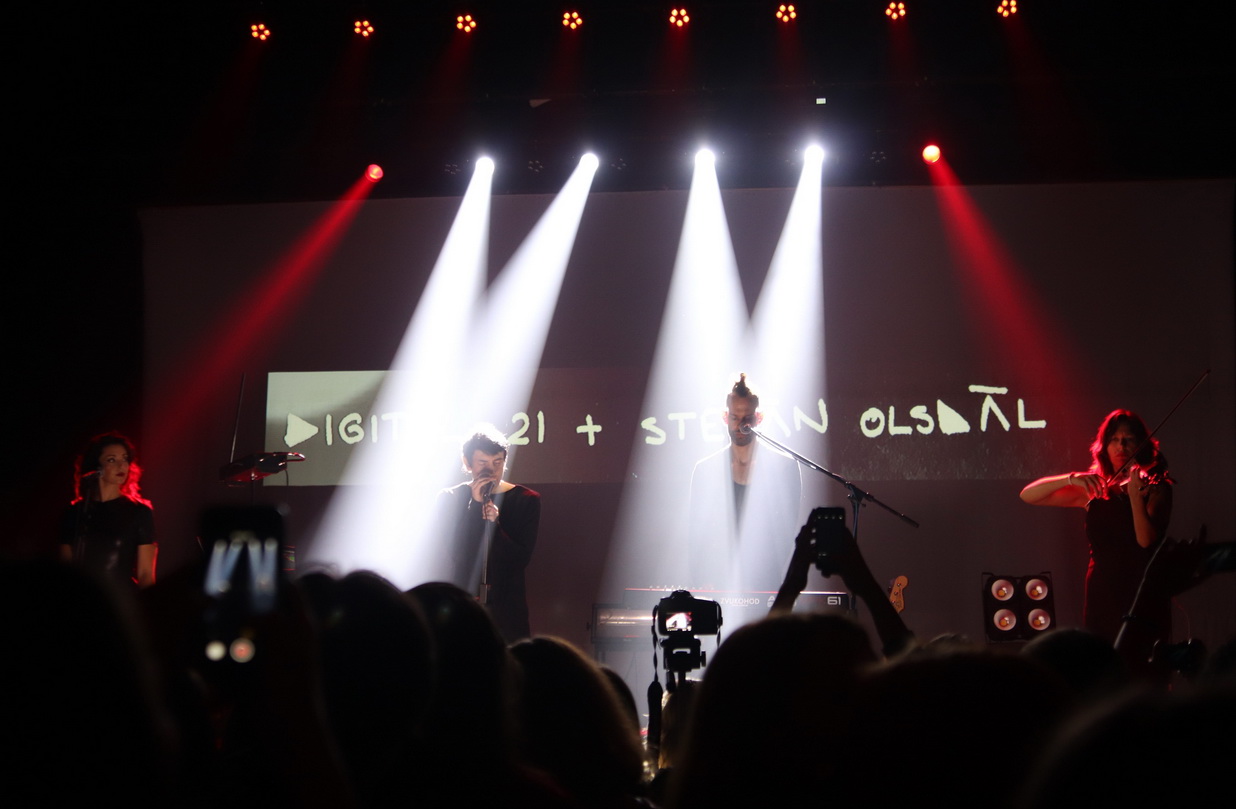 QUEERFEST takes place at central locations of the city, open and welcoming to the general public, visited by ~15% non-LGBT guests.

We thank our partners, colleagues, and friends for making the festival possible: Swedish Institute, AviaSales, 24/7 Apart and Solaren Hotels, LUSH Russia, M.A.C. Cosmetics, Sloth Ethic Food, loft COM.NATA, concert hall Opera. We thank GALS group for providing our security year after year, St. Petersburg ombudsman for helping with ensuring security, representatives of consulates general in St. Petersburg, and many other colleagues and friends for their moral support! Finally, QUEERFEST would not have been possible without the help of our volunteers.

11th Queerfest is off to a successful start!

The 11th Russian pride festival QUEERFEST opened yesterday with a celebration. For the 4th year in a row, the festival opens with no major issues: no police harassment, homophobic or transphobic attacks, or fake bomb threats.

The topic of this year’s festival is “You Can Do Everything Differently,” dedicated to the abandonment of stereotypes and the exploration of how our vision can be expanded wider than what our society and education conditioned us to see. Festival guests are invited to discuss complex issues: the normality of loneliness, invisibility of children in LGBT families, abuse and violence in LGBT couples, non-binary transition, whether there’s “right” or “wrong” activism, stereotypes in gay culture.

The festival is held since 2009, and the challenges it faced were many: police harassment, venue closures, homophobic attacks. In 2018, the police had to evacuate three Queerfest events because of fake bomb threats. However, in the last four years the authorities or the police made no attempts to foil Queerfest, and every year the festival is gaining more allies. 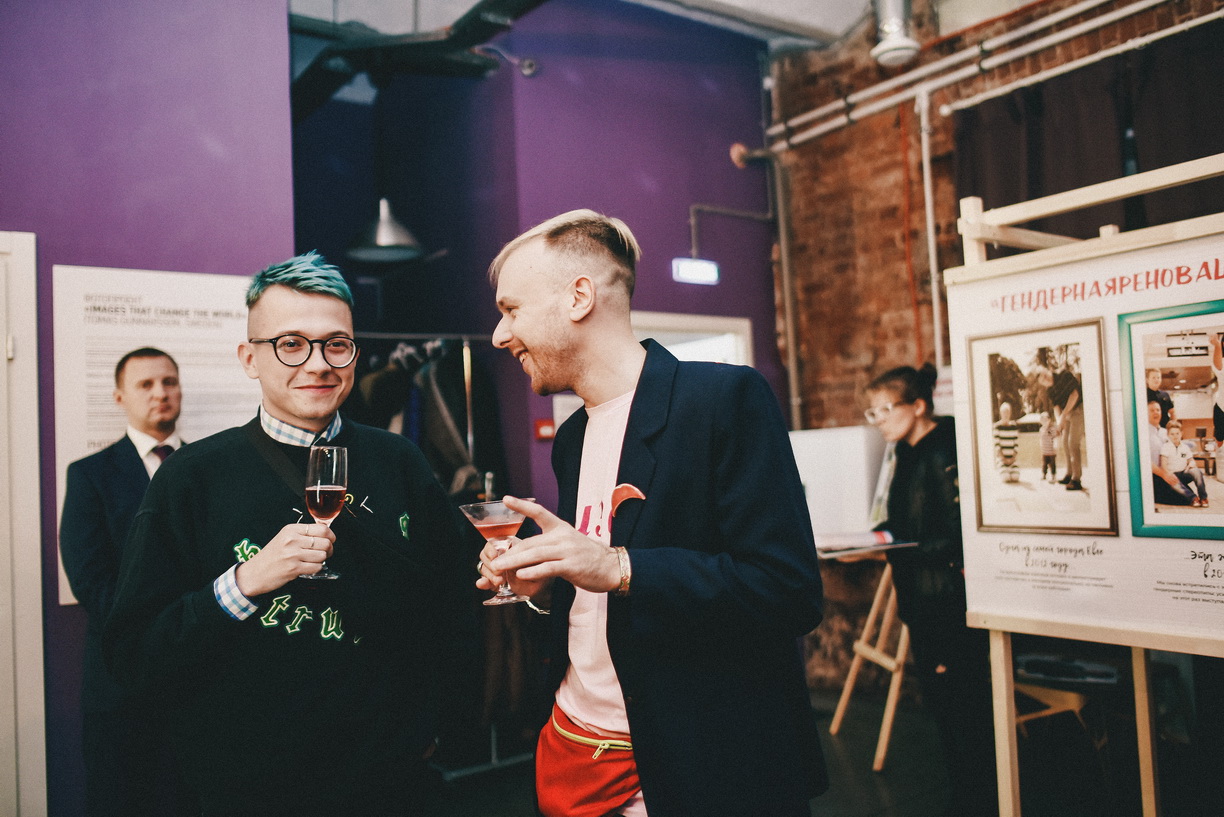 150 guests were greeted by the organizers, representatives of consulates general of Sweden, the Netherlands, France, and Norway, artists and activists, and the St. Petersburg ombudsman’s office. In these times of democracy and freedoms being under threat all over the world, solidarity became the main theme of the festival’s opening.

“This has been a difficult year,” said Ana Anisimova, Queerfest coordinator. “If I were asked to describe this year in few words, I would say: people, solidarity, trust, values. By itself, the festival is only a collection of events. But together with you – our partners, allies, guests, members of LGBTI* communities – we become truly strong.”

“If we want to save the territory of freedom, we need to unite with each other,” said member of the St. Petersburg ombudsman’s office, mentioning LGBTI*, journalist, and artist communities, “so that our slogan becomes “I/WE are civil society. So that we are not indifferent to lawlessness towards another person. And then we will be able to live differently, in a society, where there is no violence, discrimination, or sexism.” 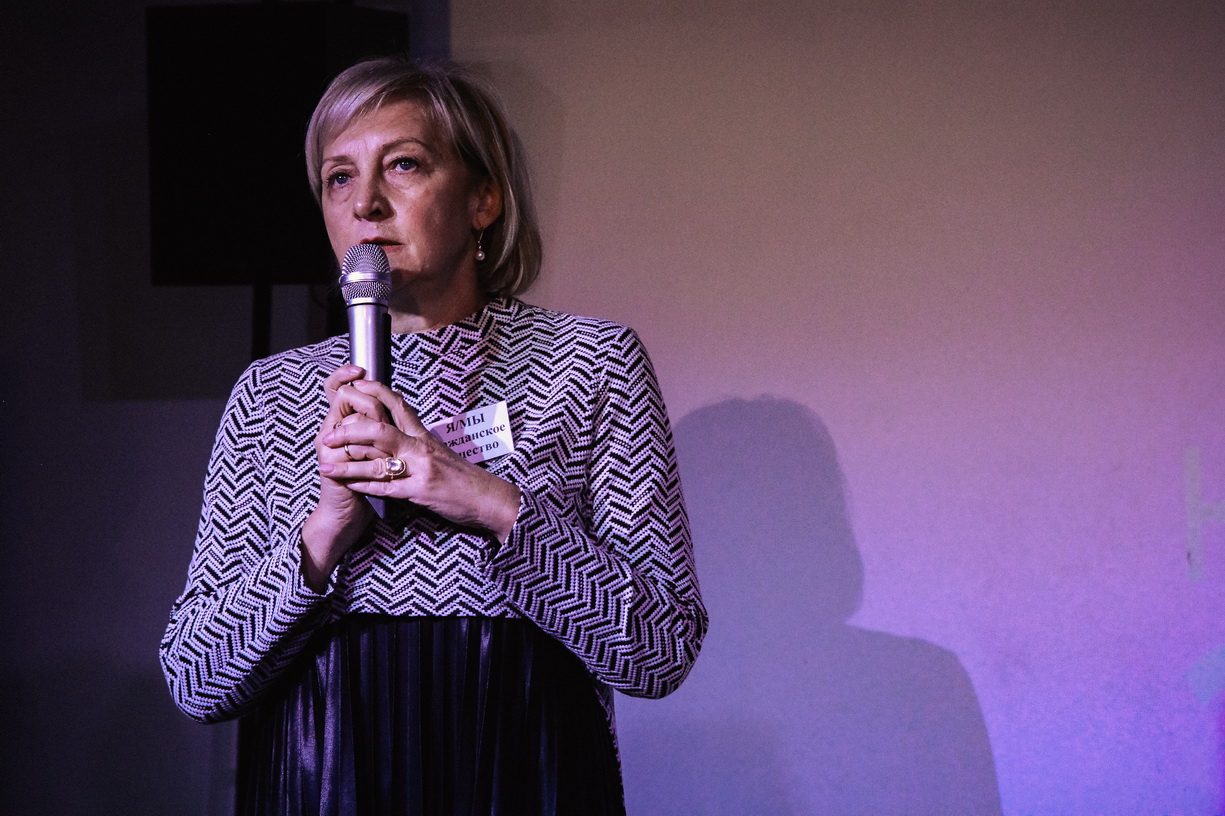 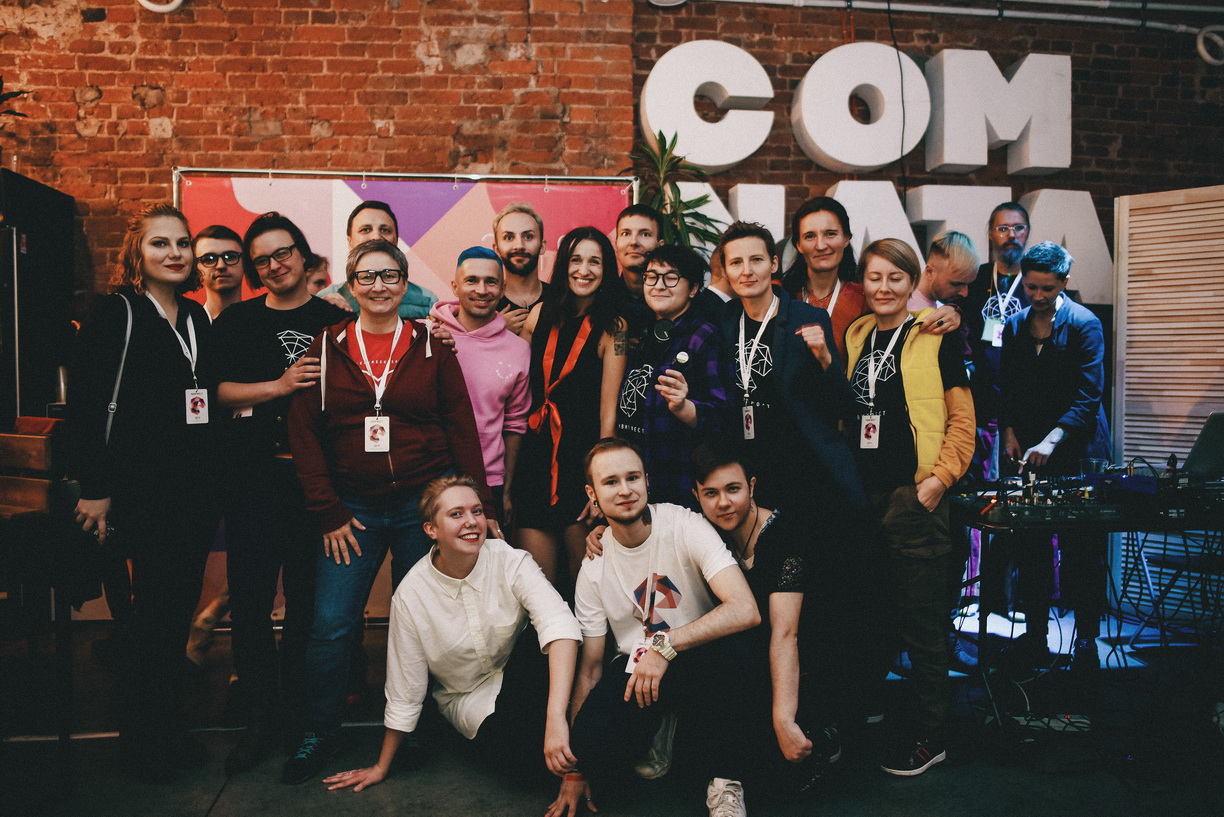 The Russian pride festival Queerfest celebrated its 10-year anniversary of being part of St. Petersburg landscape, and finished on a high note on Saturday, September 29 with a concert by a Russian singer Dana Sokolova, enjoyed by 800 guests.

Despite two fake bomb threats, the festival was attended by a record 2800 people, and got more than 50 000 views online.

Queerfest met with no impediments from the authorities. The festival organizers submitted a complaint regarding the bomb threats, which is a criminal offense under the Russian law. The investigation by the police is in progress.

Every year, the festival becomes a space of freedom of expression for LGBT* people from St. Petersburg and regions of Russia, and an opportunity for activists and groups from the regions of Russia to share their work with new audiences. This year's Open Space program hosted 11 LGBT* activists and initiatives from St. Petersburg, Moscow, Bashkiria, Volgodonsk, Bishkek.

The topic of the festival, "I Am Proud of My Culture", allowed guests to explore the experience of the intersection of our identities and our religions and traditions, discover what we have brought into culture, arts, science, and sports, and discuss our impact on sexual liberation, emancipation, equality, and human rights throughout history. Guests enjoyed a photo exhibition “Transgender Military” by Jeff Sheng, exhibited for the first time, a workshop “Just Sex: Mapping Your Desire” from Grindr for Equality, a discussion of radical feminism and inclusion of transgender people, an historical foray into the Russian drag culture, and much more.

Photos from events are here.

Queerfest takes place at central locations of the city, open and welcoming to the general public, visited by 10-15% non-LGBT guests.

We thank our partners, colleagues, and friends for making these exciting, eventful, and fruitful 10 years possible! 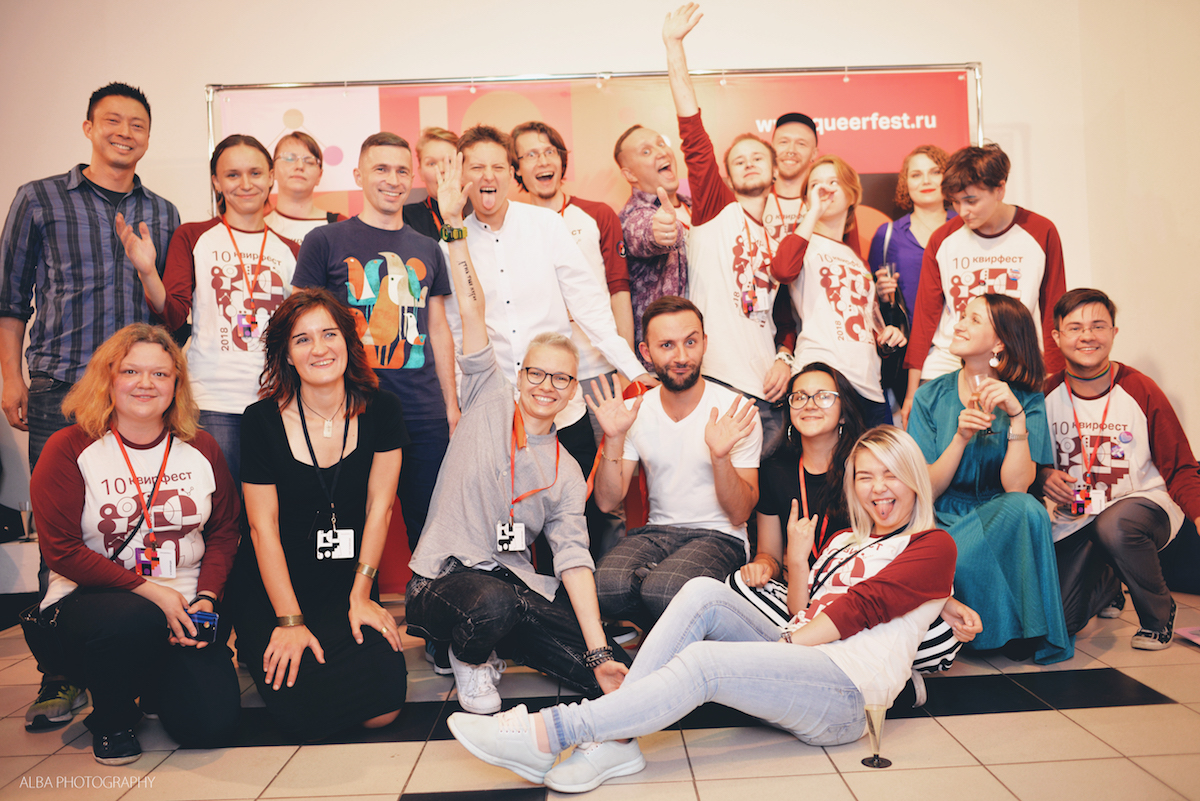 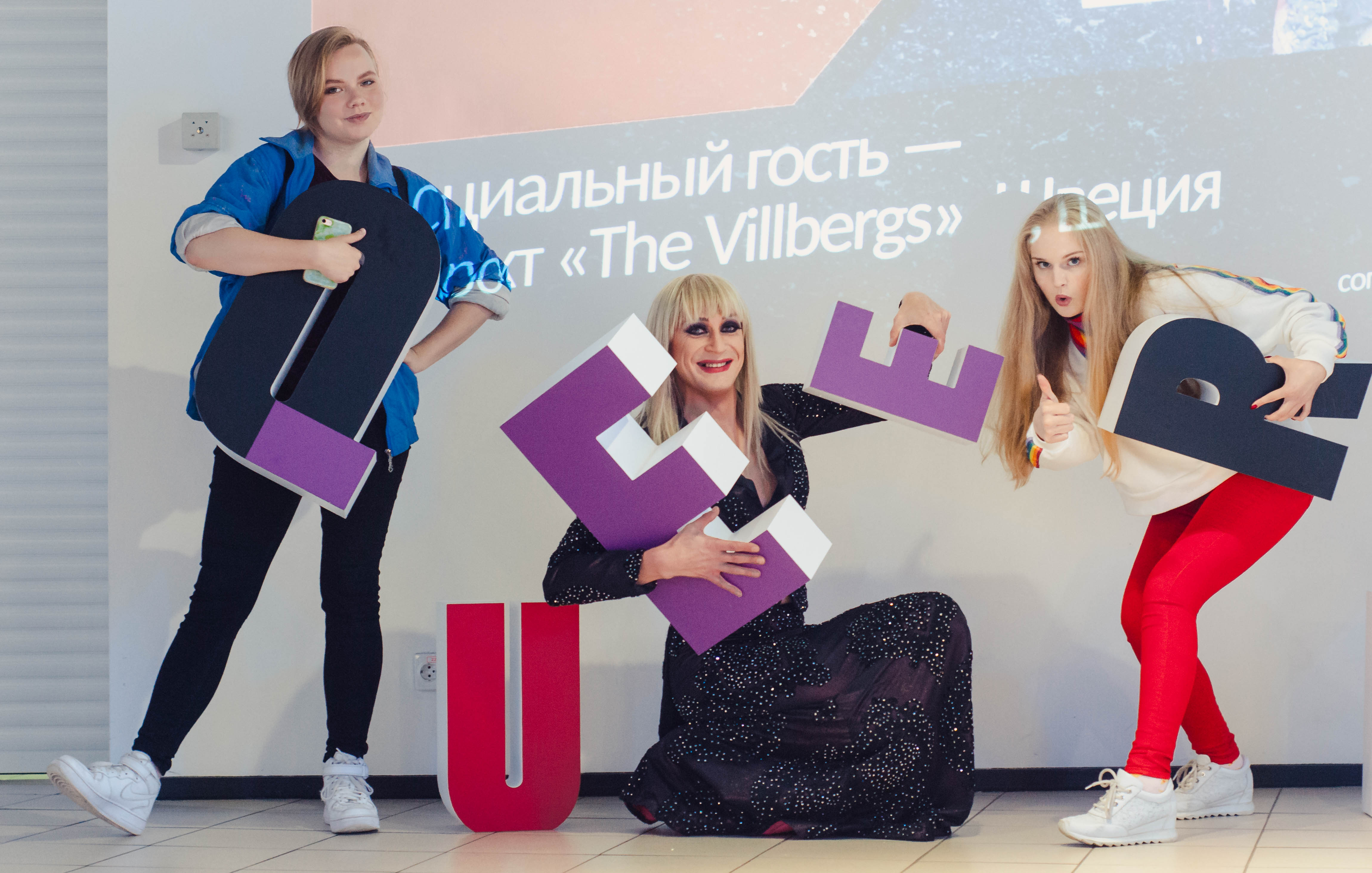 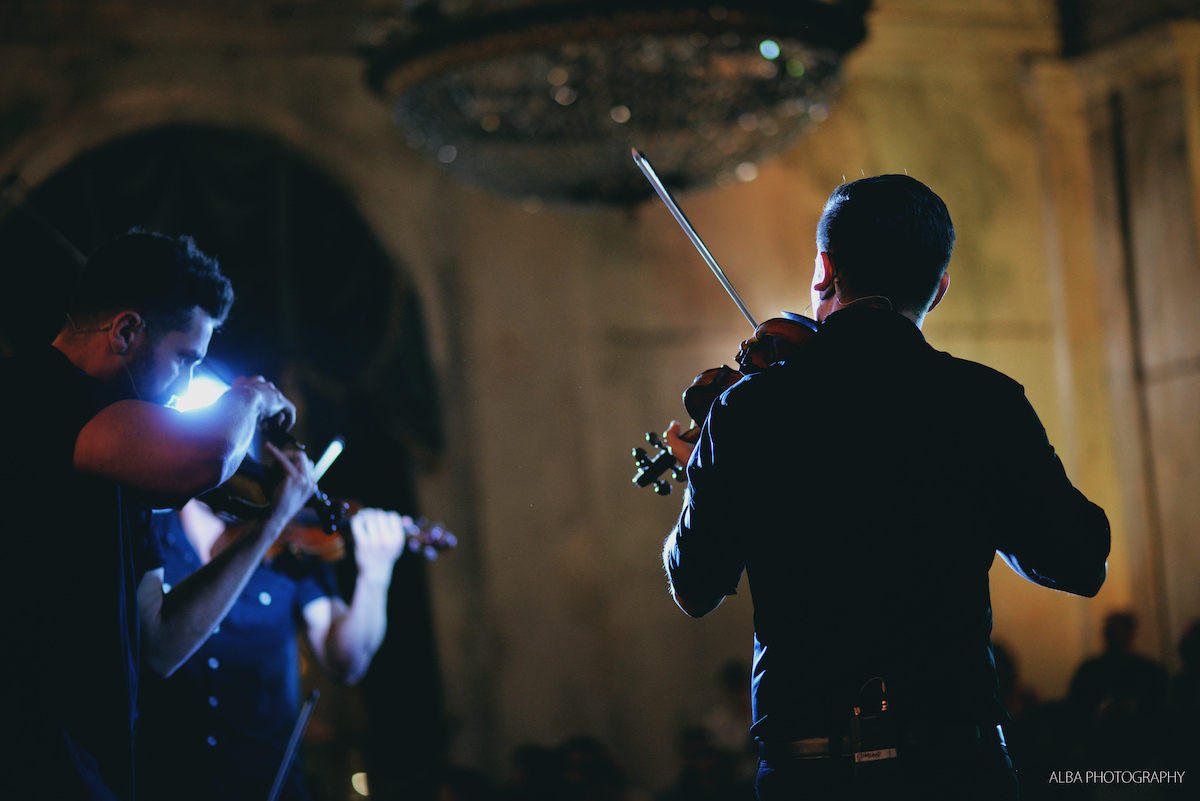 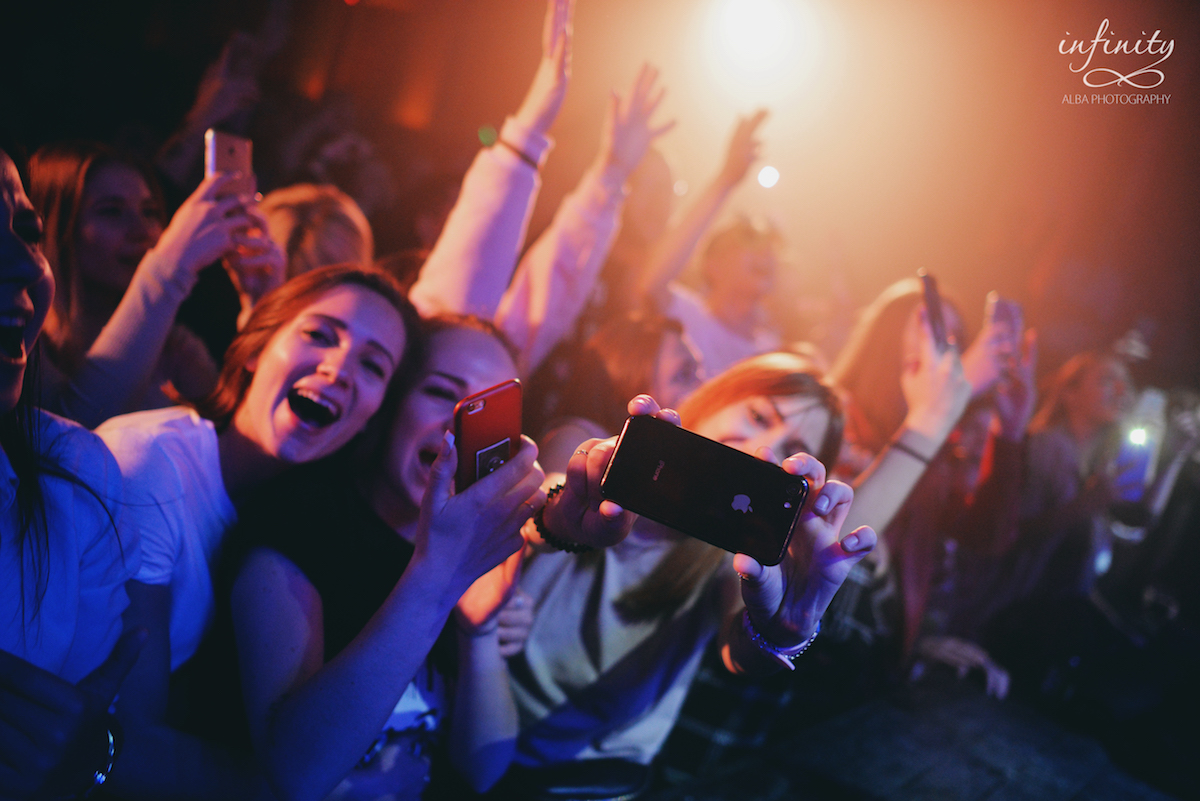